Education > Maths > Charts > What is a Venn Diagram and When to Use It?

What is a Venn Diagram and When to Use It? 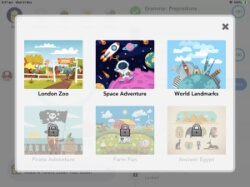 What to expect for 11 plus?

Like them or loathe them but Venn diagrams are a topic that has come up time and time again in the 11 plus exams and are an important topic for your child to know about.

Venn diagrams are widely used in schools to sort data. In business, Venn diagrams are used to check valuable data that can benefit the company. Like any other diagram, Venn diagram has its unique feature that we need to comprehend so we can better read and analyse the data being presented in the diagram.

This blog post will explain in length what a Venn diagram is and when to use it. We will also explain how to make one.

What is a Venn Diagram?

A Venn diagram is a kind of pictorial organiser. They are used for organising complex relationships visually. They allow abstract ideas to be more precise and visible.

Venn diagrams are primarily used as a thinking tool, but in actuality, they can also be used for assessing things.

Venn diagrams use overlapping circles or other shapes to display the logical relationships, similarities, and differences between two or more set of items. It’s not required to use circles, but more often than not, it is the most convenient shape because circles can overlap easily.

Each shape (in this case, each circle) represents some entity or “sets.” The features or characteristics the sets have in common are placed where the shapes overlap. The items or features unique to each set are written in the non-overlapping part of their respective shapes.

You may have encountered them in school as you study logic or maths, and that’s because the Venn diagram became part of the “new math” curricula in the 1960s.

Regarding the effectiveness of Venn diagrams, here’s what Robert M. O’Brien of Department of Sociology at the University of Oregon wrote:

“Venn diagrams are used to provide an intuitive understanding of multiple regression analysis and these diagrams work well with two variables.”

“The use of Venn diagrams has been suggested in the literature because they allow students and researchers to see diagrammatically many of the key components in multiple regression.”

Venn diagrams, at a basic level, are simple visual representations of the relationship that exists between two sets of items or things. However, they are more complex in orientation and application.

Venn diagrams are now popularly used to illustrate ideas, concepts, and groups. They are considered as trademark tools for teaching basic logic and math.

The History of Venn Diagram

Venn diagrams have long been known for their effectiveness and usefulness on an educational level. Since the 20th century, they are being used as a part of the introductory logic curriculum (more of this later).

John Venn, a British logician, introduced Venn diagrams in the 1880 Philosophical Magazine and Journal of Science with a title On the Diagrammatic and Mechanical Representation of Propositions and Reasonings. Hence, the diagram was named after him.

Venn studied and taught probability theory and logic at Cambridge University. This is also where Venn developed his method of using diagrams to represent set theory. Venn published The Logic of Chance, a book that explained the frequency theory of probability.

Venn gave a clarity to the popular educated assumptions by establishing that probability should be accepted based on the regularity that something is predicted to happen or occur. Venn also developed more apprehended George Boole’s theories in his 1881 book, Symbolic Logic.

However, the genesis of this type of diagram actually dates back to the early 1200s. Ramon Llull, a philosopher and logician, used a diagram similar to that of Venn’s — this is according to M.E baron in his 1969 article. She also credited Gottfried Wilhelm von Leibnitz, a German mathematician and philosopher, for introducing similar diagram in the late 1600s.

In the 1700s, Leonard Euler, a Swiss mathematician, introduced what came to be known as the Euler Diagram, which is the forerunner of the Venn Diagram.

You’ll be surprised to know that even John Venn referred his diagrams as Eulerian Circles. It was only in 1918 that his diagrams were known as Venn Diagram when it was presented in the book A Survey of Symbolic Logic by Clarence Irving Lewis.

Venn Diagrams continued to improve over the years. In 1963, D. W. Henderson showed that symmetric Venn diagrams could be used to examine prime numbers.

Venn diagrams, along with Euler diagrams, were so significant that they were incorporated as part of instruction in set theory as part of the 1960’s new math movement.

The Benefits and Purpose of Venn Diagram

Venn diagrams can be used in various fields for learning and analyzation. Below are the purpose and benefits of the Venn diagram:

Venn diagrams help organise information between sets of items, including differences and similarities. Both professionals and students can use Venn diagrams to think through the logic behind a concept or to see the relationships for visual communication.

To compare choices between two or more sets

Venn diagrams can help you see clearly what the sets have in common and what makes them unique. This is applicable, especially if you’re thinking about buying a product or service. Venn diagram can help you filter the pros, cons, and the commonalities between two or more products.

If you’re a mathematician, Venn diagrams can help you solve complex mathematical problems.

To compare data between sets

Another purpose of Venn diagrams is to find connections and predict the probabilities of certain events.

To find the reason behind the logic

Venn diagrams are used to find the logic behind equations and/or statements. For example, the diagram is used to find the Boolean logic, a form of algebra that’s centred around three simple words (known as Boolean Operators): “or”, “and”, and “not”.

Venn diagrams are used to identify the validity of certain arguments and conclusion. In deductive reasoning, for example, if the propositions are true and the argument form is correct, then the conclusion is true. To elaborate, if all cats are animals, and our pet Shelby is a cat, then Shelby must be an animal. If assigned to variables, let’s say cats are A, Shelby is B, and animals are C. In an argument form, we’d say:

All A are C. B is A. Therefore, B is C. A diagram in logic similar to Venn diagram is called a Truth Table.

In there, the variables are placed into columns to analyse what’s logically valid. Another similar diagram, the R-diagram or Randolph diagram (named after John F. Randolph), use lines to define the logic behind sets.

Educators use Venn diagrams to help their students improve their reading comprehension. The students can use the diagram to compare the ideas they’re reading about.

In business, Venn diagrams are used to compare products, processes, services, and pretty much anything that can be represented in sets. Venn diagrams are also an effective tool for illustrating comparisons and commonalities.

Venn diagrams are being used to study and analyze the similarities and differences among languages.

When to Use a Venn Diagram

Venn diagrams can be used when comparing and contrasting groups of things. They are useful and effective for formative assessment.

Formative assessment refers to a wide array of methods that educators use to conduct in-process evaluations (or assessments) of student comprehension, learning needs, and academic progress during a class, unit, or course.

Venn diagrams can be used to generate engagement, participation, and discussion. What’s more, they provide educators with information about the thinking of the students.

Venn diagrams can also be used in science as they are helpful for easier classification.

But how do you read a Venn diagram?

How to Make a Venn Diagram

To create a Venn diagram, the first step is to decide what your topic is or what to compare. Write a descriptive title at the top of the page.

Then, create a diagram. Make circles for each subjects; each should overlap at least one other circle. You may also use other shapes, but circles are usually used because they overlap much easier.

Next, label each circle. You may place the topic or subject of each circle near or inside the shape. Do not write the topics/subject inside the neighbouring circles to avoid confusion.

It would be helpful to change the font style and colour of the topics/subject to maintain clarity and to make them easily distinguishable.

Inside each circle, write down the differences in the subjects. Place the characteristics that are unique to that specific to the topic, subject, or idea.

Within the space where the circles (or other shapes) overlap, write down their similarities.

The shapes of a Venn diagram can be more than two.

Here are some of the words you will encounter with Venn diagrams.

Set(s) is/are a collection of things. The sets could be anything (be in for business, mathematics, linguistics, computer science, etc.). The things may be be called objects, items, members, or other terms similar to these.

Union refers to all items in the sets.

Also called subset, the intersection is the items that overlap in the sets.

These are everything that aren’t in the intersection. Simply put, these are the differences of the sets.

This refers to everything that is not in the set.

Relative complement refers to things or items in one set but isn’t in the other.

Scaled Venn diagrams are circles or any other shapes with sizes proportional to their representation of the whole. It is also called Area Proportional.

This refers to the shape formed from the intersection of three circles or shapes, such as that of a Venn diagram.

Set notations are the concepts being illustrated in Venn diagrams that are usually expressed in mathematical notations. The sets and subsets are represented by brackets, the unions by a u-like symbol, and the intersections by an upside-down U symbol.

Set theory is the longstanding branch of math that deals with sets. Over 30 symbols are being used in set theory, but there are three common symbols that will teach you the basics — Union symbol (u), intersection (∩), and complement Ac.